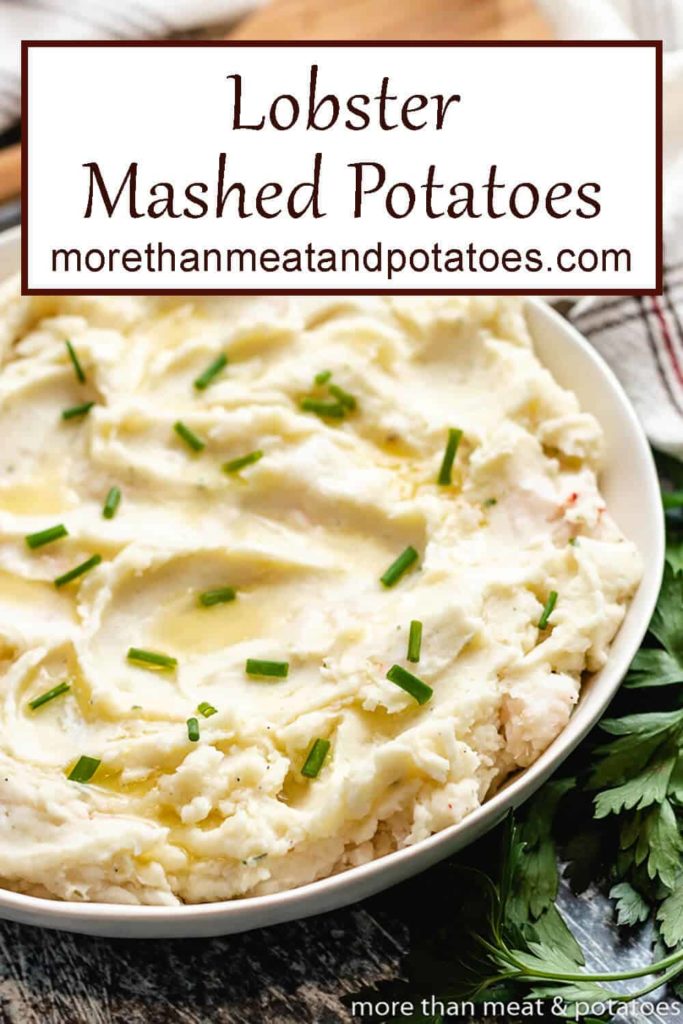 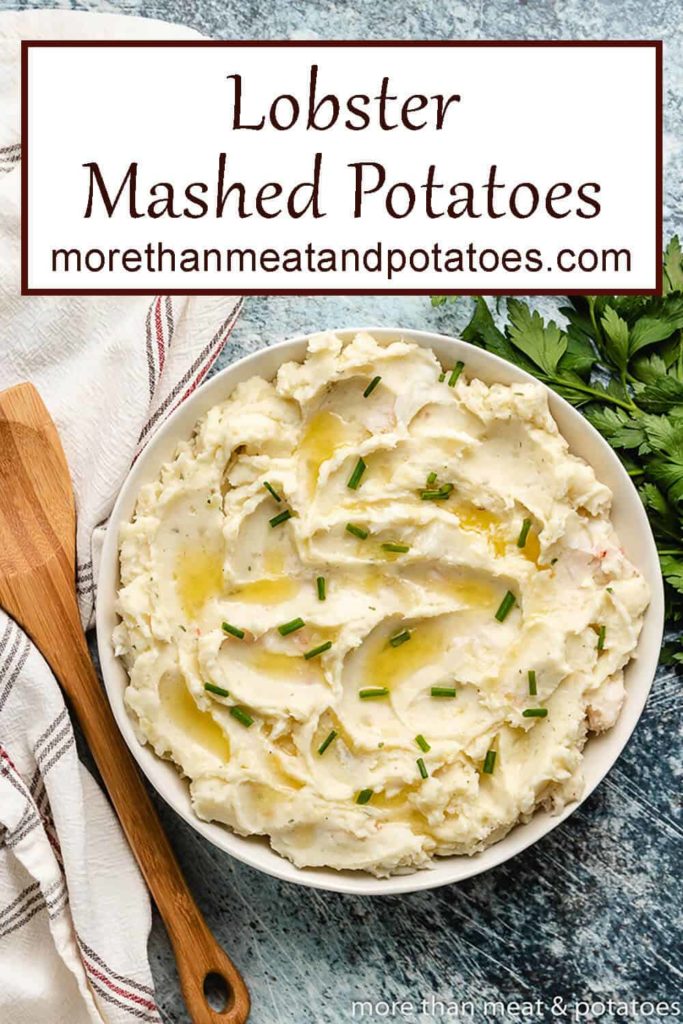 Rich and buttery lobster mashed potatoes made with lobster tails, Idaho potatoes, heavy cream, and touch of spices to create a decadent side dish.

Lobster was one of those ingredients that I was afraid to work with for a number a years.

It’s such a delicate food and not exactly cheap. So, it took me awhile to gather up the kitchen courage to start using it.

However, I’m glad I did! The meat can take the ordinary and elevate it into something entirely new. Like these lobster mashed potatoes.

Don’t get me wrong, mashed potatoes are already tasty, but the addition of lobster meat creates a whole new level of flavor.

The rich and buttery flavor of lobster meat adds a layer of taste to potatoes that can’t be beat!

Add a little tarragon and some chives and you have a culinary dish that’s perfect for holidays and dinner parties.

Sprinkle in a few pinches of salt and bring it to a boil. Once the water is boiling, add in the lobster.

Now, you only want it to cook until the outer shell turns bright red. It should only take about 4-5 minutes for tails to cook.

Next, remove the shells from the water and let them cool for a few minutes. I recommend placing them into an ice bath.

Turn off the heat and carefully dump out the water.

Crack the shells open and remove the meat. Chop the meat into bite-sized chunks and set it aside.

Afterward, bring another pot of salted water to a boil. As it heats, dice the potatoes and add them to the water. Toss in the empty lobster shells.

Then, let the potatoes boil for about 15-minutes of until they’re tender. Turn off the heat, remove the shells, discard them, and drain the potatoes.

Place the cooked potatoes back into the pan or in a large mixing bowl. Add in the butter, heavy cream, tarragon, and salt and pepper.

Use a hand mixer or masher to combine everything. Last, stir in the chopped lobster meat.

That’s it, the lobster mashed potatoes are done! Kim and I hope you enjoy the side dish 🙂

Can’t get enough potatoes? Then try our sweet potato and sausage hash or our crispy roasted dill potatoes!

Looking for a quick main dish to go with your potatoes? Then take a look at our blackened Mahi Mahi recipe!

Bring a large pot of salted water to a boil. Place the lobster tails in the water, and boil for 4 to 5 minutes. The tails should become bright red in color and the meat should be fully cooked. Remove the tails from the water, and allow them to cool until they’re easy to handle.

Remove the meat from the tails, chop into bite-sized pieces, and set aside. Reserve the tails for the next step.

Add the butter, heavy cream, tarragon, salt and pepper. Use a potato masher to mash the potatoes. Add additional butter or heavy cream to reach the desired consistency. Gently fold in the lobster meat.

Transfer the potatoes to a serving dish, drizzle with melted butter, and sprinkle with fresh chives. Serve hot.

The calories listed are an approximation based on the ingredients in the recipe card and a serving size of 1/2-cup of the lobster mashed potatoes. Actual calories will vary.

The calories listed are an approximation based on the ingredients in the card and serving size of 1/2-cup of the lobster mashed potatoes.